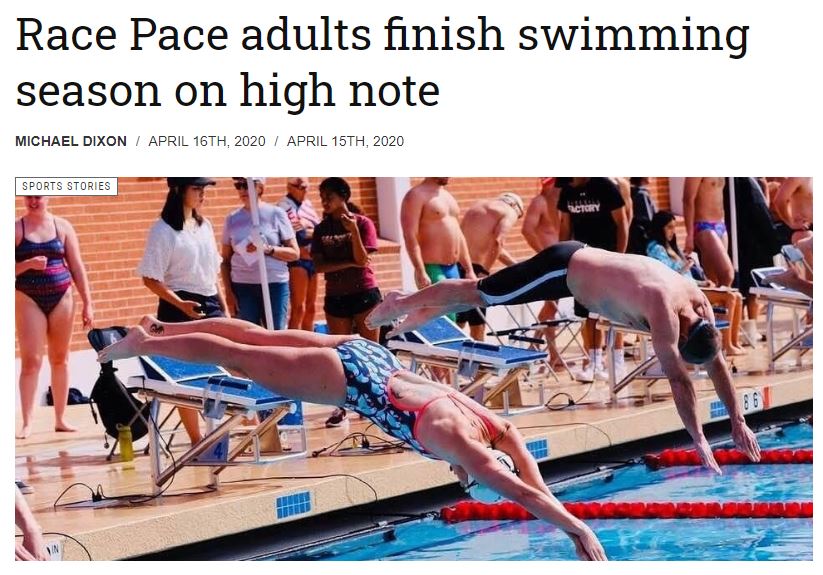 With the outbreak of COVID-19, the swimming season came to a premature end for
not only the kids who swam with the Sedona Race Pace Swim Club, but also the adults. But while things might have wrapped up earlier than expected, the adults did close things out in style.

For Jodi Jato, the season ended at the Arizona Senior Olympics, held over the final weekend of February. Jato won three events there. She touched first in the 100 breaststroke, as well as both the 100 and 50 freestyle races. Jato not only won the 50 freestyle but set a new state record in the 55 to 59-year-old age group. Her time of 28 seconds flat broke the previous record by three-tenths of a second.

“The Arizona Masters meet got canceled,” Jato said. “I was on track to break a national record. You never know. I’ll have to do that next season.”

She also finished second in the 200 backstroke and breaststroke events.

Jato’s time in the 50 freestyle was not only a state record for her age group, but it’s also 12 seconds lower than her time in the event was when she started swimming with the Sedona Race Pace Club in October.

“I dropped six seconds in one meet and five in another,” she said. “That was the proof in the pudding of how this race pace training really works. And I improved all of my other races as well. But 12 seconds in a 50 is pretty impressive.”

Along with Jato, Kegn Moorcroft was set to compete in the Masters State meet and had already qualified for the Masters National meet — but both were canceled. She had qualified in all 12 events she swims in [the 50, 100 and 200 at each disciple].

Her final competitive event of the season was the Lost Dutchman Invitational, held Feb. 14 to 17.

In that meet, Moorcroft finished in the top 20 in every event she competed. Moorcroft, who is 34, also noted that the majority of her competitors in those events were swimmers who were roughly half her age.

“Considering I was going against girls that are 16 to 18, I did really well. I didn’t make it to the finals but I was top 20 in everything. I think that’s really good for me.”

Along with athletes everywhere, Jato and Moorcroft are trying to find ways to stay in swimming shape amidst all of the COVID-19 related shutdowns.

From a swimming standpoint, Jato said that she’s working to help people with swimming

in as many ways as she can without having to actually be there in person. These include online videos and writing books that teach young kids how to swim.

Moorcroft, meanwhile, is working with the Sedona Race Pace Club for an hour-and-a-half every other day, doing exercises online. These include lunges, squats, pull-ups and sit-ups.

“It’s a great workout but it’s hard to get motivated when you’re in quarantine,” Moorcroft said. But the more that show up to these Zoom practices, the better we all do.”

“We’re just hoping to get through this,” she added. “I swim with some of the best swimmers in the state and they’re kids. I’m an adult trying to compete and stay in shape. But these kids, this is their life. They’re trying to get scholarships for college. I’m hoping we can get back in the pool soon so they can get back to being the champions that they are.” 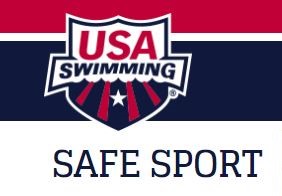 Come Swim With Us!

Learn from the Best

Our nationally accredited learn to swim program is designed by world-class coaches and taught by our ASCA-certified coaches.

We are proud affiliates of USA Swimming. Our expert USRPT coaching staff led by Head Coach Sean Emery provide personalized swim training to help each swimmer perfect their strokes and reach his or her full potential both in and out of the pool. Swimmers get to experience improvements through game-like sets, individualized feedback, dryland fitness training, and participation in swim meets ranging from novice to international competitions.

Our practices accommodate swimmers from across the Verde Valley — Sedona, Village of Oak Creek,  Clarkdale, Cottonwood, Rimrock, Cornville, Camp Verde — and from as far away as Flagstaff.